Sire: Ch Gengala Been There   Dam: Gengala Strike A Light 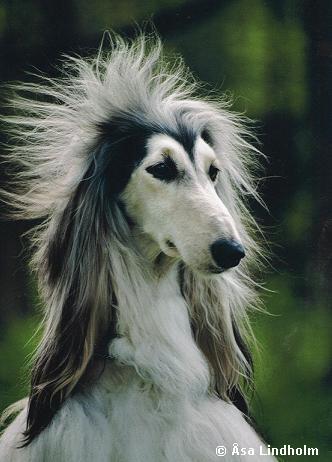 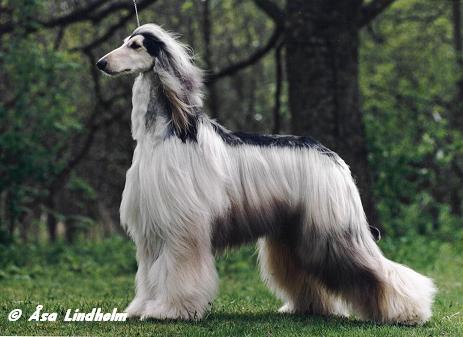 Sammy was a Gengala dog born in the very north of Sweden at kennel New Fashion. The breeder has imported Sammys dam from Australia and bred her with our Harry from the same kennel. He was a very eyecatching domino male. He came to us when he was 7 months old and he decided to stay with his daddy Harry. We have always wanted a domino and here we had one with a very beautiful head, black eyes and lots of pigmentation. He had a superb construction and he was hard to criticise. 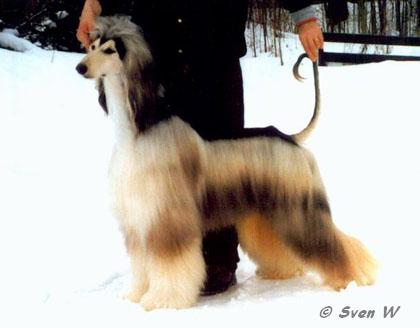 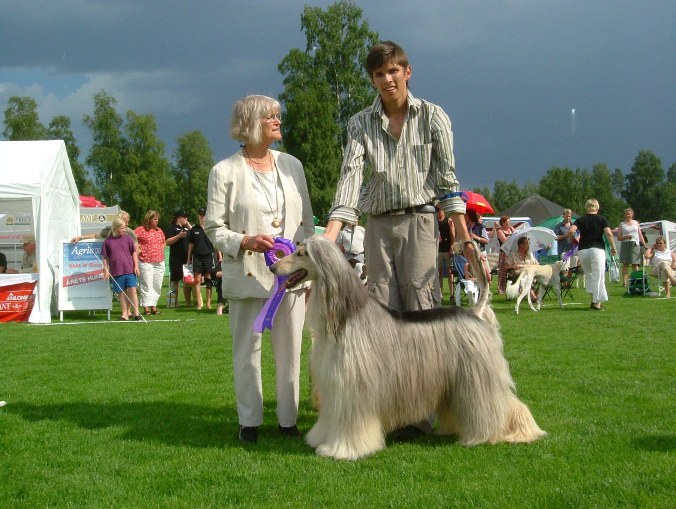 Riga, Tallinn and Alfta, as always handled by Yury. 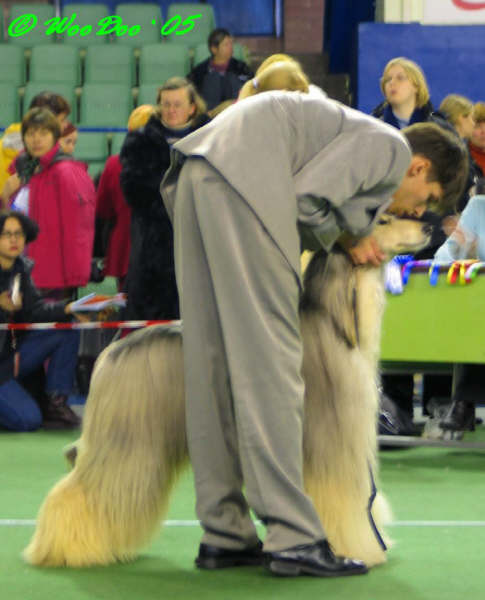 Another BIS Veteran Victory  for Sammy and Yury, this time at the International Show in Tallin , Estonia. 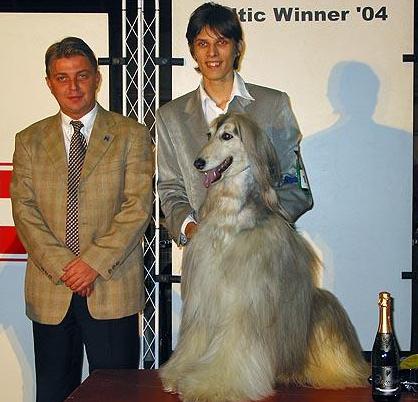 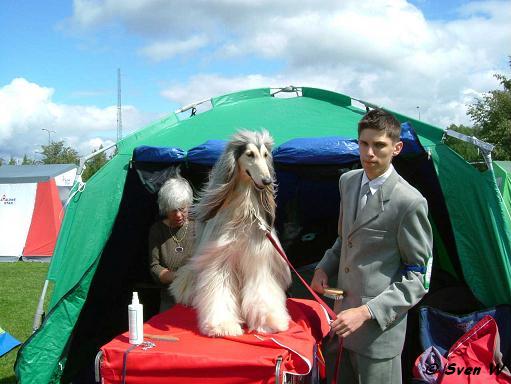 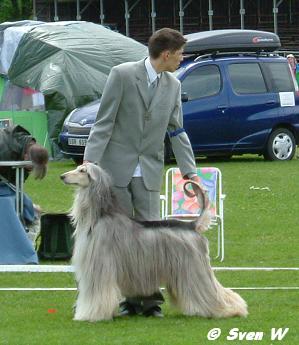 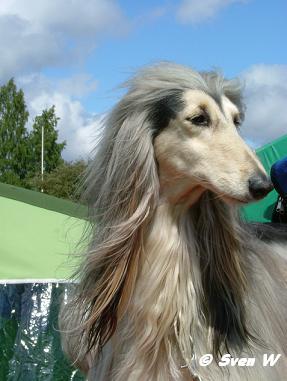